The physical damp proof course (D.P.C) is traditionally a layer of impervious material incorporated at the base of a wall during construction, in order to prevent ground water from rising up the wall by capillary action. A D.P.C is thought to have been a mandatory requirement in 'new builds' in the London area since circa 1877, although this should be regarded as a rule-of-thumb, with variances depending on location and type of construction etc.  True 'rising damp' can only be defined as dampness due to a failure of the damp proof course. In the case of a typical slate D.P.C this may occur due to structural movement, or on one or two occasions I have seen slate turned to a paste-like consistency, due to attack by a particular combination of salts present in the surrounding sub-soil. I have also seen a Bitumen based D.P.C turned to a powdery consistency on a couple of occasions. Modern Polythene D.P.C's are unlikely to fail, assuming they were installed defect free. In any event whilst true rising damp may be the cause of dampness in a structure, in our experience it is the least likely cause, and should not be diagnosed as such until all other possible sources of moisture have been ruled out, such as low level rainwater penetration and condensation, as recommended in BS6576  (see excerpt below).

If positive evidence of rising damp is being obscured by other faults such as  those described in 4.2.1.3, it is preferable that those faults should first be  remedied, and that an appropriate period of time should be allowed to elapse before making further checks to ascertain the presence of rising damp. 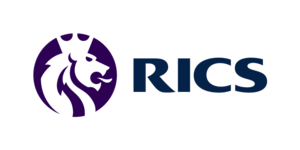